Here are the albums I listened to in 2021 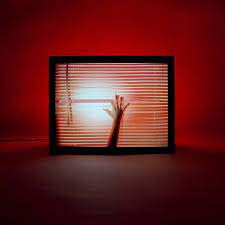 This carries a loose theme from song to song - violence, loss, grief. It's my favorite thing for an album to do. But also, each song is full. Asking for a Friend (YouTube) opens the album with a single vocal track and slowly layers up to an outright explosion halfway through the song, but continues layering in new sounds and choruses until it fades out again. He Said She Said (YouTube) picks up the next track with rich arpeggios and synths - "He said you bore me to death" - and the vocals get the layered chorus reverb as well, but those vocals are:

and look good / but don't be obsessed

because even though it's a album full of gorgeous layered sounds and incredible energy, it's also a fucking angry album. Not screaming angry, but fed up and exhausted angry. I find it energetic and restorative. It's nice to hear in the Second Year Of Plague

i feel like i'm losing my mind  / over and over again 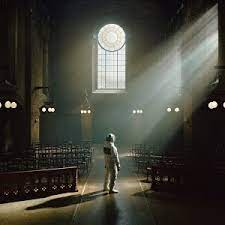 Ok this one is screaming angry. Black Lung very directly asks, "What would you do to stay alive if the planet was burning"?

Metal is always a hard line to walk for me. I love listening to angry music. I do not love listening to guttural screaming (and some people do!) . I like some melody and harmony present with some occasional yelling or yell-singing. I love sick guitar solos. I also love horns and shit. Dead Butterflies (YouTube)  has horns and shit! And violins! Listen, hearing CHVRCHS do reverb synths about sexism is validating in one way, and listening to guys with silly hair scream melodically about how we're all going to die to get better profits for the oil industry is validating in another way. This album has tracks called "Discourse is Dead" and "An Ordinary Extinction" and in many ways I have not changed that much since I was 16. I have big emotions and I like to experience those big emotions in music. 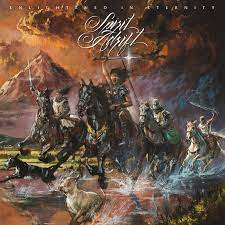 This is a concept rock album about warriors who enlighten themselves through astral projection but through enlightenment are trapped in another dimension and are forever separated from those they love. It's goofy and fun and the guitar solos absolutely melt my face off. The album notes say basically "I heard Keith Richards talking about astral projection and I thought that was sick as hell so I wrote an album about it". 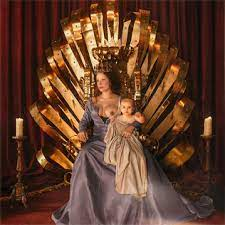 yeh it was good. there's a moment between Bells in Santa Fe (YouTube) where Halsey is repeating  "all of this is temporary" as the synth track is repeating with increasing distortion. Until it suddenly drops out and the next song immediately starts. Truly, it was temporary. The production (Trent Reznor!) is not above a sense of humor, or at least self-awareness.

Email ThisBlogThis!Share to TwitterShare to FacebookShare to Pinterest
Labels: music