I've been keeping track of my games on Backloggery, but in the interest of reducing dependence on other services, I'm also posting my reviews here.

Here are games that I struggled with. They weren't bad, but also the experience of playing them was frustrating in a manner that I did not find useful. 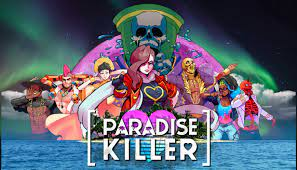 I love vaporwave and I love the world building. I did not love the total lack of a map which had me looking up how to enter several key locations or the fact that the soundtrack - which I started off loving - wore a hole in my brain. I mostly liked the investigations, but upon reading some walkthroughs after I finished, discovered I missed a whole plot thread because I missed a pile of dirt. That about sums up my problem with the genre as a whole; you can have tightly scripted interactions with no deviance ensuring I never miss anything even as I am force-fed a plot with deductions I may not have reached myself, or reached hours ago, or you can have freedom to miss large chunks of the plot. Basically this game was super cool and stylish, marred by minor-to-moderate mechanical mishaps. 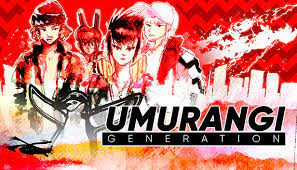 i did not appreciate the controls, i did not appreciate the opaque and difficult to locate objectives, i did not appreciate the time pressure, and let's be honest even though i'm the biggest doomer of them all, i'm gonna go ahead and say: the game did not speak to me (except for the very last line of the game) nearly as strongly as it did some other people about being a member of "the last generation". i spent more time hunting down "the word boomer" or "a kiwi" than i did soaking in the message. It was good theming. It was a good plot. But my way of interacting with it meant I had a much more visceral reaction to the objective to take a picture of characters wearing masks and the billboards warning people to stay home due to parasitic infections. I don't think that's really a failure of the game - I do think it's legitimately got that stuff in its pocket - but I think the experience of playing the game mostly moves all of the textual stuff to the category of sideshow.

of course, after writing all of this, i finally got around to reading Kaile's excellent pieces on this game and I discovered that once again, i'm unintentionally falling into the role of "some reviewers" who didn't find the game hitting like they expected. I think part of this is that I am, in fact, engaging with a game in a very specific environment: heavy time pressure (i get about 1 hour of quality time with a game a night, and if I don't like something I end up disengaging rather quickly), heavy peer pressure (it was the knowledge that Kaile had published a 3 part essay that made me want to finally get around to playing this game), and the overall media context that surrounds games which do something different. What I mean by the media context is: the overwhelming context of videogames tends to be "New Halo, new Battlefield, New Call of Duty, New Nintendo release". As a rejection of that suffocating sameness, there's a circle of folks who try to shine a spotlight on stuff like Umurangi Generation, the dev's "first real game". Therefore the lens a lot of people come to this game is through "new game with an original outlook". In contrast, the default lens of videogame culture is "shiny AAA move fast no friction". It's not necessarily that one is right and the other is wrong, they're just different frames to look at when you're playing a game. Sometimes I feel like kind of a simpleton because I do actually like move fast no friction. I think that good design is neat and fun (while acknowledging it can also be a tool used to paper over abuse or waste, or be used to gatekeep people who don't have access to the training or resources to invest in design and polish). I don't want to diminish people who value unique games because I think unique games are incredibly important and I also want to see unique games succeed! I just sometimes personally don't connect to something unique, feel bad about not connecting to it, and then feel defensive about how I personally didn't connect.

That said, an anecdote:

the dlc is unlocked after you finish the game, but the first level is two weeks before the events of the main game. In this flashback DLC, the first level is a club full of partygoers and TVs with false bravado about how great everything is and nothing can possibly go wrong in two weeks time. One objective requires you to go up to the entrance of the club - under a sign that says "LOCKDOWN ENDS IN 7 HOURS" - where the door jitters open and shut, to indicate it's not in fact the level boundary it appears to be. Once you go through the door, you exit the club. The doors shut behind you. The omnipresent soundtrack drops out and for the first time in the game you have silence. The crusty punks who have been present in the main line of the game are once again here, in contrast to the the well-dressed members of the nightclub. The silence is cut by announcements - "LOCKDOWN IS IN EFFECT. EVERYONE IS REQUIRED TO SEEK SHELTER". A tent sits in the corner of the alley. As I reentered the club, I noticed the bouncer at the foot of the entry stairs. He wasn't there to keep *me* from the comfortable shelter of the nightclub.

That scene from the DLC rung a lot more true for me than many of the other scenes from the main game. The eerieness of the music cutting out, the severity of the first fully-voiced announcement in the whole game, the sudden contrast between the poverty outside and the wealth inside the club, it all combined to push me to look hard at what the nightclub really represented. I did not get the same experience from exploring the UN Wall or on a train ride home (especially when I was busy clipping through the tracks, slipping off the walls, and clipping through the map). 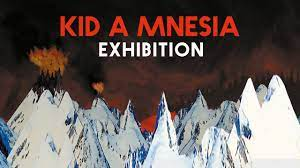 i mean you're not gonna get me to sit down to pyramid song and have me say I had a bad time, but... i'm just not really sure what's in it unless you are a mega die-hard fan. there's some new intros and outros in the songs. there's some neat poster art.

there's like some degree of interplay between your movement and the music, but i honestly expected more from radiohead? I imagine them as very cutting edge and while this wasn't like a straightforward a-to-b experience - there is nice vibes in the art, there's some legitimately interesting stuff in the geometry and design - it was pretty much "Stand here, hear a song, or maybe just the drum track of a song". And again: it's a great album! just the drum track isolated is interesting and good! but god it feels like a waste of possibilities to get "stand on this poster to hear a different sound". rhythm games do more with getting you into the music and walking sims do more with getting you into the environment.

i think if you haven't listened to the album you will get the ~vibes~ from this game, but honestly just listen to the album? it stands on its own, and associating it with this weird art game will probably be kind of confusing or make you think the album is more inaccessible than it is. and if you're a huge fan of the album you will get a kick out of hearing it slightly recontextualized. but i've honestly played better album-games than this, and i'm really disappointed i have to say that 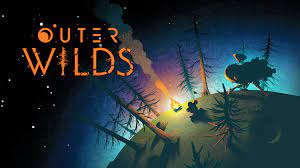 Look, it's a good setting, and it's good sci-fi, but I can't shake the feeling that I paid $25 for this game to call me an idiot over and over again. Is the time loop really necessary? Do I really need an excruciating flashback of my slow and oncoming death because the sun kidnapped my ship while I was trying to find the exact place to stand on a travelling meteor? Do I need the creeping time pressure of a collapsing planet as I try to figure out the exact non-Euclidian route I need to take to get inside a tower that maybe has the next breadcrumb that might maybe make me feel like I've made progress?

Again, the setting is good. Each planet is different. It does fun things with gravity and perspective and it's genuinely creative. I just wish I was playing a walking simulator sometimes, because I'm old, and I get frustrated when I know that jellyfish are electrically resistant and this surface is electric but I can't figure out the exact sequence of steps I need to take in order to combine those two facts before the sun explodes and I get to watch a playback of my jerk avatar failing to solve a puzzle for 15 seconds over mournful music.

My primary emotions are embarrassment, anger and exhaustion instead of wonder and awe.