Here are the non-fiction books I enjoyed in 2021. 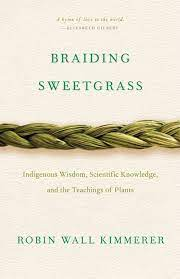 I was born in upstate NY and later moved to the Pacific NW, and the author lives in Upstate NY and visits and discusses the Pacific NW. i kind of forgot about my relationship to nature even though I grew up next to a polluted river, and went to college by a polluted river, and now live in a city where the salmon are dying due to tire tread runoffs. This book reminded me that I do love the “natural” world around me, and I am going to share it with others to explain why it’s important to care about these things. I think it has some hitches so, again, I wouldn't make this like the only book you ever read by or about Native Americans , please. But I think it is a useful reminder that we are a part of nature and not separate from it or banished from it. 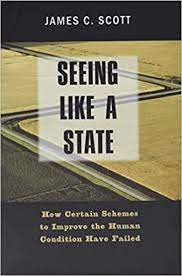 Seeing Like a State: How Certain Schemes to Improve the Human Condition Have Failed by James C Scott

Ok, listen, I did not finish this book. I got through the first chapter. That said, it has a totally fascinating thesis and set of examples, and you should like.... check it out from a library, especially if you like strategy video games. It's an anarchist criticism of bureaucracy starting with the example of forest science in Europe (which ties in beautifully to Braiding Sweetgrass, if you're reading along). 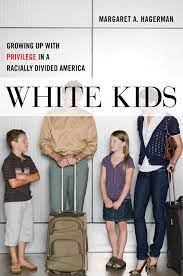 White Kids: Growing Up with Privilege in a Racially Divided America by  Margaret A. Hagerman

This book is a scorching sociological study that shows how education is the knife's edge of white supremacy in the United States, especially if you're intentionally picking "nice schools" for your kid to go to. A good companion piece is the "Nice White Parents" podcast produced by the New York Times. 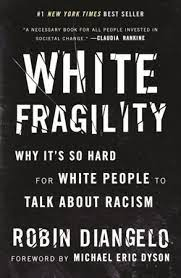 White Fragility: Why It's So Hard for White People to Talk About Racism  by  Robin DiAngelo

How to Be an Antiracist  by Ibram X. Kendi

At some point I looked at all of the "antiracist reading lists" and said "Well I should probably figure out what people are reading when they start following these lists", and these two books were at the top of the list. And, look, I work for a megacorp that does a fair amount of Diversity Training. And I was kind of primed for White Fragility to be bad, but actually I ... found it useful? It names specific behaviors that white people exhibit in these diversity training workshops and the best ways to confront and deal with these behaviors, and gives some specific historical context for defusing those behaviors. Readers, I actually used White Fragility, in the real world, at work. So it shouldn't be the only book anyone reads about racism, but it's not full of like outright poison. It is from a white woman about how to deal with white people. There's a place for that, right?

Kendi's work is also, for the most part, pretty good! Much deeper on history and context. I just think he dips a bit more into "People need to use these words the way I'm defining them", which I personally think is never a winning strategy, and he has an aside of "and I think people need to protest the way I think they should protest", which I will also say does not sit great with me, a white dude in Seattle. I don't think my opinion counts a ton here, but I think he's got some rough edges just the same. 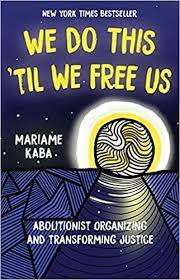 We Do This 'Til We Free Us: Abolitionist Organizing and Transforming Justice by Mariame Kaba 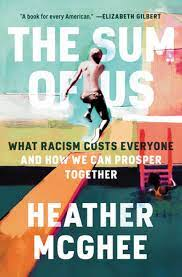 The Sum of Us: What Racism Costs Everyone and How We Can Prosper Together Heather McGhee

This is a book that seeks to tackle, "why does racism persist when it makes both black people's lives worse *and* white people's lives worse?" and the author is up to the task. She starts off with public swimming pools which filled with concrete rather than serve black folks, and then travels around talking people organizing labor, trying to fix up pollution, and so on. Clear and accessible, an easy recommendation for anyone. 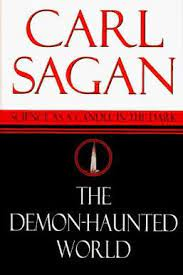 The Demon-Haunted World: Science as a Candle in the Dark by Carl Sagan

Ok, I picked this up due to an offhand reference from the book "Calling Bullshit", because for SOME REASON I was interested in how to think about people rejecting scientific answers for the problems, ahem, plaguing us. Sagan is a compassionate dude, and his voice is sorely missed, and also this book could use some updates both virus-related and "It is literally no longer 1995 and we talk about some things differently now, Carl". Also, this book veers wildly between UFOs (...which mysteriously became relevant again? Was that this year? Did you know the crop circle stuff was absolutely a scam and we know who made crop circles in England? I didn't!), the literal history of witch hunts, and bunch of other stuff that isn't necessarily well-connected. However, it's the history of witch hunts that I think is the most important part of the book. That history has specifics which are important to know when people start talking about, say, demonic sex cults. 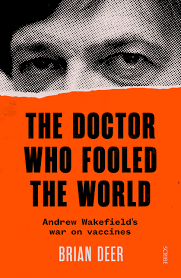 The Doctor Who Fooled the World: Science, Deception, and the War on Vaccines by Brian Deer

So HBomberguy had a video about vaccines and he referenced this book. I thought I understood that Andrew Wakefield was a fraud, but I did not understand the sheer depth and layers to the fraud. If you are interested in vaccine hesitancy FOR SOME REASON, this book is an incredible read. 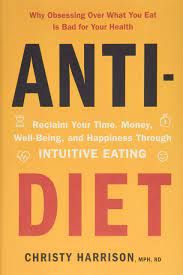 This isn't a diet book, it's a "Here is all the scientific evidence that the relationship between fat and health is much different than virtually anyone, including doctors, talks about, and it's a lot of studies, and I know because I'm a nutritionist" book. Goes great with the Maintenance Phase podcast. 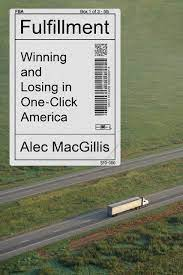 Fulfillment: Winning and Losing in One-Click America by Alec Macgillis

This is nominally a book about Amazon fulfillment centers, but is really about how urban/rural divides don't sufficiently explain America. Even "urban" areas have been split into winners and losers, and the gulf between them is vast.

The Communist Manifesto by Karl Marx

I went to college but the closest I had to a "radical Marxist" professor was one time in class a professor said "Marx was a more subtle critic of capitalism than he often gets credit for". Chilling! There's a lot more about "Nationalizing farms" than I expected. Also, a lot more digs at German philosophers. However, there was in fact a lot of subtlety and a fair amount of prescience.